An elementary school bus driver saved money from his pay checks to buy every school child on his bus a present for Christmas.

Even though this story is 2 years old, Curtis Jenkins still needs to be acknowledged and appreciated in 2020!

Links to more about this story:

These women in Zimbabwe have been employed as members of an anti-poaching ranger unit called the Akashinga. (Akashinga is a Shona phrase for “the brave ones”) Their Facebook introduction is “Nature Protected by Women”. Read this story, watch the documentary and get to know their circumstances a little better.

A quote from their Facebook account: “As we expand our footprint into Africa’s Zambezi Valley, we are faced with the devastating effects that poaching has had on wildlife. IAPF’s newest land lease, the Songo Conservancy is abandoned trophy-hunting land, in need of rehabilitation. This land has had minimal conservation resources available for almost two decades and poaching has run rampant, with more than 75% of elephants in this region already wiped out.”

Want to read more about these amazing rangers?

When you think of face mask manufacturing, images of factories producing thousands of masks boxed and ready for sale come to mind.

Things have changed a little.

Many of us are making our own masks, including kids.

A great article about the popularity of homemade face masks

For those who want to make their own …

What you should look out for when making your own.

Many of those currently making masks are women.

Certainly, go ahead and make your own, I’ve made a few myself but remember, a mask is not a magic shield.

Stephen Hawking warned that humans needed to colonize another planet within 1,000 years but quickly upgraded that figure by saying we have to do it within 100 years in order to avoid extinction.

There’s a problem with this plan: under almost no circumstance is colonizing another planet the best way to adapt to a problem on earth.

Reading this article will give you reasons why we should travel to Mars.

Of course it goes without saying that there are risks involved; and you can read about them here.

There is a series entitled “Mars” which is a combination of a fact and fiction and I really enjoyed this show.

You can read a review here.

Don’t know what to pack for your trip to Mars? This book gives you tips and facts.

Whether you agree or not that we should sink billions of dollars into research to make it happen , it’s still an interesting discussion to have. 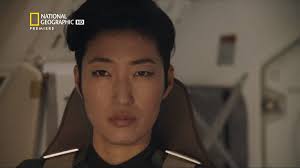 When I was leaving school, the popular career options for females were secretary, nurse or teacher. Yes, I know many school leavers completed degrees in other fields but it seemed to me at the time in the late 70’s that these three careers were the ones being pushed the most.

Of course other factors influenced you as well; your mother and father and what they thought you should do, what your friends were doing and how well you did in your HSC. Economics also played a part. Having come from a single parent family, my father hightailed it out of there the moment I got my first job and I was left on my own to figure things out but that’s a whole other story !

I opted for secretary. I didn’t need a degree. I needed a job and it was a field in which I could learn and grow as technology progressed through the 80’s and 90’s and onwards.

But I could have been anything even though at that time it may have been a little bit harder to convince employers of that.

Of course though, women have been working for centuries outside of the home assisting on farms, working in the fields and other hard labour tasks.

This article fills you in on the lives of women working as truckers, a lobster fisherman, firefighters, butchers, mine operators and other areas of work usually considered to be “manly”.

If you had a choice to reboot your career, what would you choose? I like to think that being a mechanic would be an interesting alternative to fetching my boss’s coffee. Which of course now, I fetch my own.

About a third of US adults don’t get enough sleep.

And sleep deprivation has serious consequences for your brain and body.

Many people think they can get by on less than seven to nine hours a night – the amount of sleep doctors recommend for most adults – or say they need to sleep less because of work or family obligations.

Most adults need seven to nine hours of sleep, and kids have to get even more, though needs do vary from person to person. Some incredibly rare people can actually get by on a few hours of sleep per night, while others on the opposite end of the spectrum are sometimes called “long sleepers” because they need 11 hours nightly.

But regardless of your body’s clock, a lack of sleep will cause your physical and mental health to suffer.